In our lifetime, we will meet a lot of people. Some will please to meet our acquaintance while others become friends. It is inevitable to lose some [friends] along the way, with only the truest and most sincere ones to stick it out with you.

During one busy weekend, I got a message from one of my best buds from back in college. She's getting married! She arranged for us to meet, together with some of our other close friends, to catch up, officially announce and give details about her big day. It was more than a delight to see familiar faces and reminisce good old days.

We landed in Alabang Town Center, the roundup place, a wee bit early. One good way to pass time while waiting is to eat. Since hubby has a Bistro Group Card and we haven’t maximized it yet, we decided to look for a BG restaurant. To our delight, Bulgogi Brothers was recently propped in town. I have been eyeing the place and it was just the perfect timing. 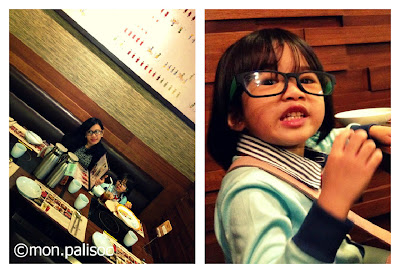 Looking at the resto from the outside, you will instantly notice the classiness it exudes. Once you get in, the lavish furnishing and fixtures will greet you along with the staff that says hi. It was such a treat, a far flung shy in retrospect from our usual authentic Korean stores found at Makati. I loved the place in an instant! The tables were installed with electric plates for grilling and had drawers on the on sides for extra utensils, tons of tissue and wipes. As we were seated, the table attendant immediately gave us two sets of hot tea and some appetizers (that did not really look that appetizing though). As she paused for our food choices, she gave the little girl her own plate and complimentary iced tea. The menu was proud (together with the prices) and since we are Korean food fanatics, ordering was a piece of cake.


We tried the following --


When hubby asked me what I wanted, I instantly said Samgyupsal! It was THE ULTIMATE Korean dish, at least for me, and I don't know how a Korean lunch/dinner will be like without it. A plate of boneless short ribs arrived on our table together with an assortment of sides, Kimchi and a refreshing salad made up of lettuce and Korean spices. I was waiting for an assortment of leaves to be served for the Samgyupsal but nothing arrived (a sound effect of gusting air along with silence). With this, I got a bit sad because I won't get to wrap meat pieces with all sorts into a roll of a thingamabob. But anyway, the grilled short ribs were so tasty with a sweet hint that perfectly complimented the salty and spicy note of the salad (which was refillable by the way).

We ordered this for the little girl who requested for noodles. The dish was served on a metal plate and was seated on top of a burner to ensure that it's always warm. It was beautifully served, with an assortment of colors. Our attendant asked for permission if she can cut the noodles, obviously for easier consumption, to which I consented. However, since the little girl knew that it was her noodles, she went frantic when she saw that the staff started cutting, saying -- "Mommy she's cutting the noodles with scissors, no no no! Stop! Stop! Don't cut it!" The TA instantly stopped and said sorry to the little girl.

I liked their version of the Japchae probably because of the nice rods (I think these were made of rice) that the dish was served with. It also had a generous heaping of tender,  tasty beef strips with a sweet and salty sauce. This is by far the best Japchae in town -- presentation and taste wise.


Since hubby is more of a soup kind of guy, an order of noodle soup was commandeered. He wanted to differ a bit that moment from spicy versions, so we got a friendly soup. Made up of flour noodles, this soup had a seafood broth and was served with veggies. The soup was tasty but didn't have an impact on me since I always want my Korean noodle to be spicy. However, the duo enjoyed this piece.

Since their refreshments looked promising from the menu, we decided to give them a shot. While we usually prefer water when eating Korean food, we asked for the following --


Beautifully served in a tall glass, the red color of the tea was enticing with froth and mint leaves floating on top. It was, indeed refreshing and the mint tease was just relevant but not over the top.

Another beautiful creation of pale yellow calamansi juice served with sliced calamansi pieces and shredded mint leaves floating inside. It was refreshing at first but as it cooled down, it had a bitter after taste.

As the gang arrived, we ordered for more salad, noodle soup and Japchae. It was a sumptuous meal filled with "kuwentuhan" and laughter. I must say, it was an afternoon well spent and we all went home with happy, well-fed tummies. 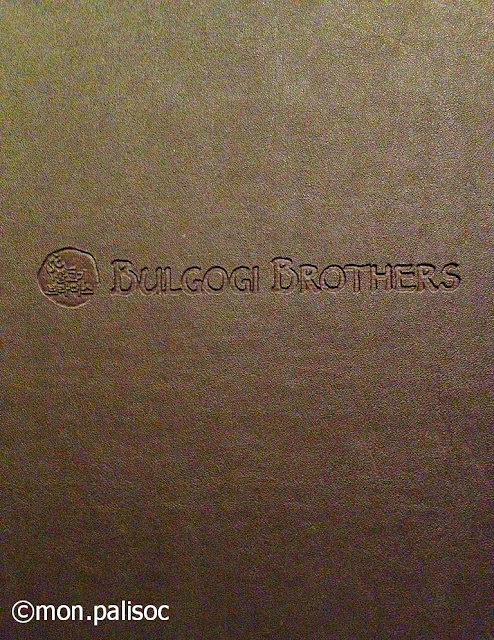 The pampering of the staff, the very comfortable, classy space and the awesome food are definitely worth coming back to. Bulgogi Brothers will always have a special place in my heart.