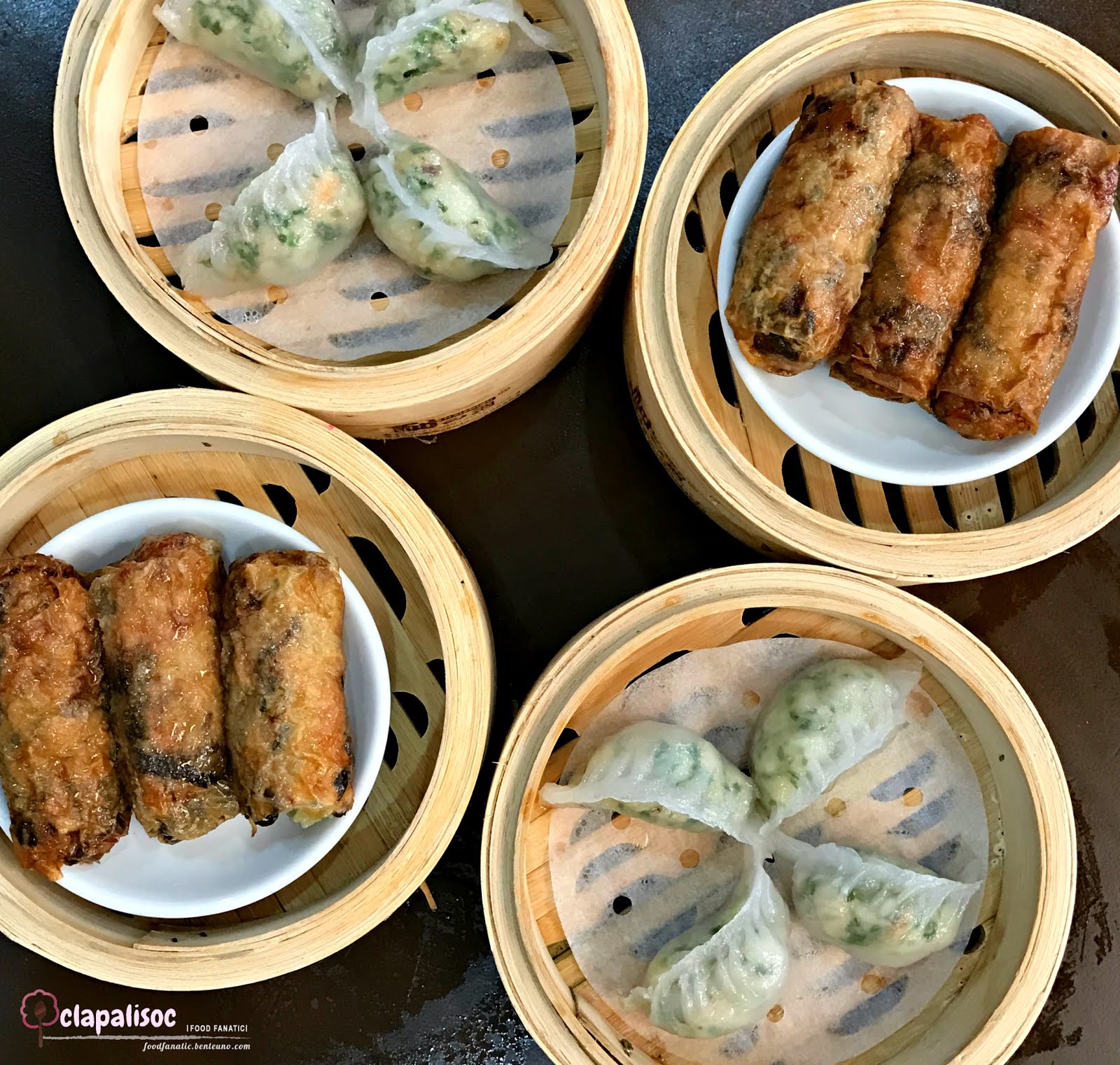 Mei Wei, according to Google Translate, means delicious! This is also the name of this Chinese restaurant that's easy to miss along Andrews Ave., also known as Tramo. Located just beside Shell as soon you turn right to Andrews Ave, coming from Resorts World, Mei Wei is housed at the G/F of Asiatel Airport Hotel. I was surprised that we haven't noticed this place before!

The restaurant was simple - no fancy furniture, no fuss interiors. It was straight forward with the usual Lazy Susan, well lit with lots of natural light from the glass walls, fast wifi and overall clean. The owner was very pleasant and had lots of stories to tell. He was a generous host and had us try their best-sellers and up coming dishes!

We started with Dimsums ---

Bean-curd Roll is new in their menu. I liked the thin and crispy beancurd sheet that enveloped this delicious filling with meat and veggies.

Kuchay Dumpling, also new in their menu, was a surprise favorite! I didn't like most that I've tried elsewhere but this one was delicious! Thin, translucent skin that was steamed perfectly, I liked that the kuchay inside was mixed with tasty shrimps!

I was expecting the Hakaw to be good and it did not disappoint. The skin had the right thickness that held the plump and juicy shrimp inside.

The Spinach and Seafood Soup didn't look as appetizing but it was good! I did not taste much of the spinach but the seafood was very evident. One order is good for about 5 persons. It has a texture like that of a corn soup.

For mains, we had the following ---

This is one of my husband's favorite Chinese food and I'm happy to report that I liked Mei Wei's version. Each chunk had the perfect saltiness and kick of black pepper.

This was my least favorite. A bite was all I needed. It looked like sweet pork to me and when I tried it, the meat was too soft but not in a good way. I was trying to look for strands of meat but what I got was something comparable to that of grocery bought sweet pork that have been processed way too much.

This was my favorite of all. It was a simple dish but it was done right. Deep fried prawns that were seasoned well, wrapped in strips of wanton wrapper. The crunch from the wrapper gave a nice contrast to the soft and tasty prawn meat. This came in with a mayo based sauce.

I love roast duck and even roast goose. I ate as much as I can of these two when we were in HK. Mei Wei's Roast Duck did not disappoint. The meat was tender and tasty, juicy and delicious!

We also sampled their Siopao: Asado and Bol-Bola

Seriously, there is no need for siopao sauce here! Small chunks of pork in a warm and soft bun, I loved the sweet and salty contrast and also the fact that the filling wasn't too saucy.

I usually skip this variant because I find it too dry. But this one was different! The meat balls were juicy and tasty. They're comparable to xlb, without the soup. It's the first time that I tried something like this!

For dessert, we had the following ---

This was one refreshing dessert! I would say that one cup is good for about 2 especially if you ate a lot already! Cold mango puree with lots of tapioca - this dessert is summer ready!

Masachi is the Chinese version of the Japanese Mochi. This dessert had white chocolate inside and was rolled in crushed peanuts. It was pretty good.

For drinks, I tried their Vietnamese Coffee and it was...meh. Didn't taste like Vietnamese coffee at all.

Also tried their Banana Chocolate Smoothie which was straightforward. IMO, some milk will make this really good.

Overall, this Pasay Chinese Restaurant gem is worth visiting. I just wish that they would offer smaller portions too.

4 out of 5 Stars for Mei Wei Chinese Kitchen!