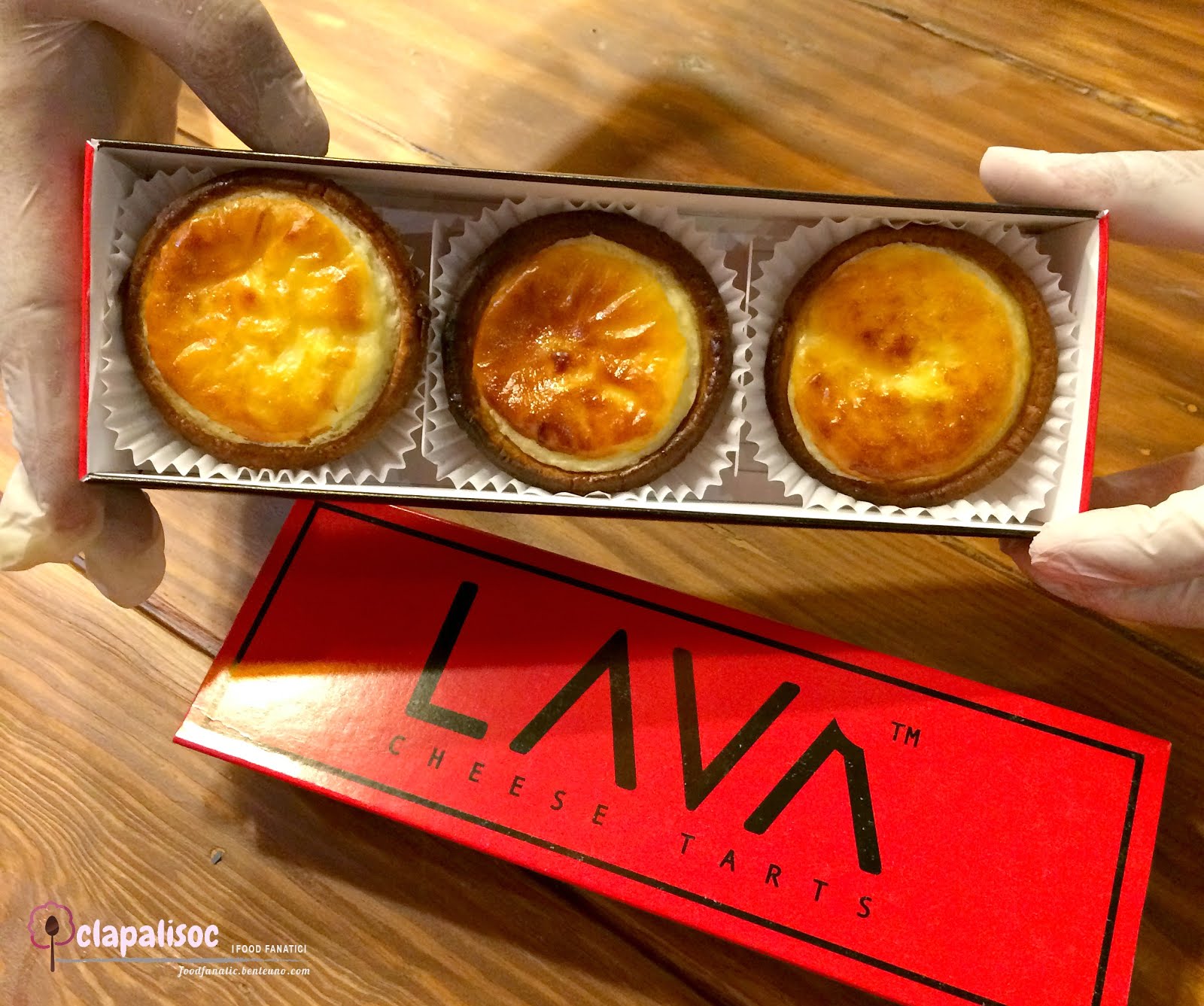 Lava Cheese Tarts have been teasing us in FB with pictures of their solo sized Cheese Tarts with molten center promising nothing but cheesy goodness!

Lava is a home grown brand and is the first to use artisan local cheeses instead of importing from other countries. They have sourced out the best four that would fit the taste profile that they wanted to offer.

They also pride themselves with their locally sourced coffee beans to produce aromatic, well balanced coffee cups that will surely pair well with their cheese tarts.

November 3 was the official launch date of  Lava and it was so timely that I was in SM Aura. The line was long as soon as it opened at 4PM because they were to give the first 50 customers a piece of cheese tart. I didn't line up right away. I waited for about an hour until the crowd thinned out a little.

When I got there, the line was a little shorter but was impressed that the queue was fast! In no time it was my turn to order.

The smell of freshly baked cheese tarts was so good it made me giddy! I got a box of  three - 80Php each. Took some snaps and when I got the chance to settle, I tried it....

It was just okay. The cheese was gooey, the crust was thin and crumbly. The "lava" of cheese was smooth and had a good consistency - very soft when freshly baked but gets a little firmer as it cools down. But there was something missing. It didn't have that sharp cheese flavor, no hint of tangy cream cheese and it was definitely bland.

While I was waiting for my turn, I heard one of the owners say that they got the inspiration from Hokkaido. Maybe that's why I expected a little too much. I was thinking along the line of Bake Cheese Tarts.  Hope they would consider working on taste. I mean, there's nothing wrong with local cheeses as long as they'll get the right formula.

Will give this cheese tart store another chance since my friends who tried it days after the official launch said that they could have improved the formula since they liked it and said that they weren't that bland at all.

3 out of 5 Stars for Lava Cheese Tarts!