Sigekiya - A different Kind of Ramen in Alabang 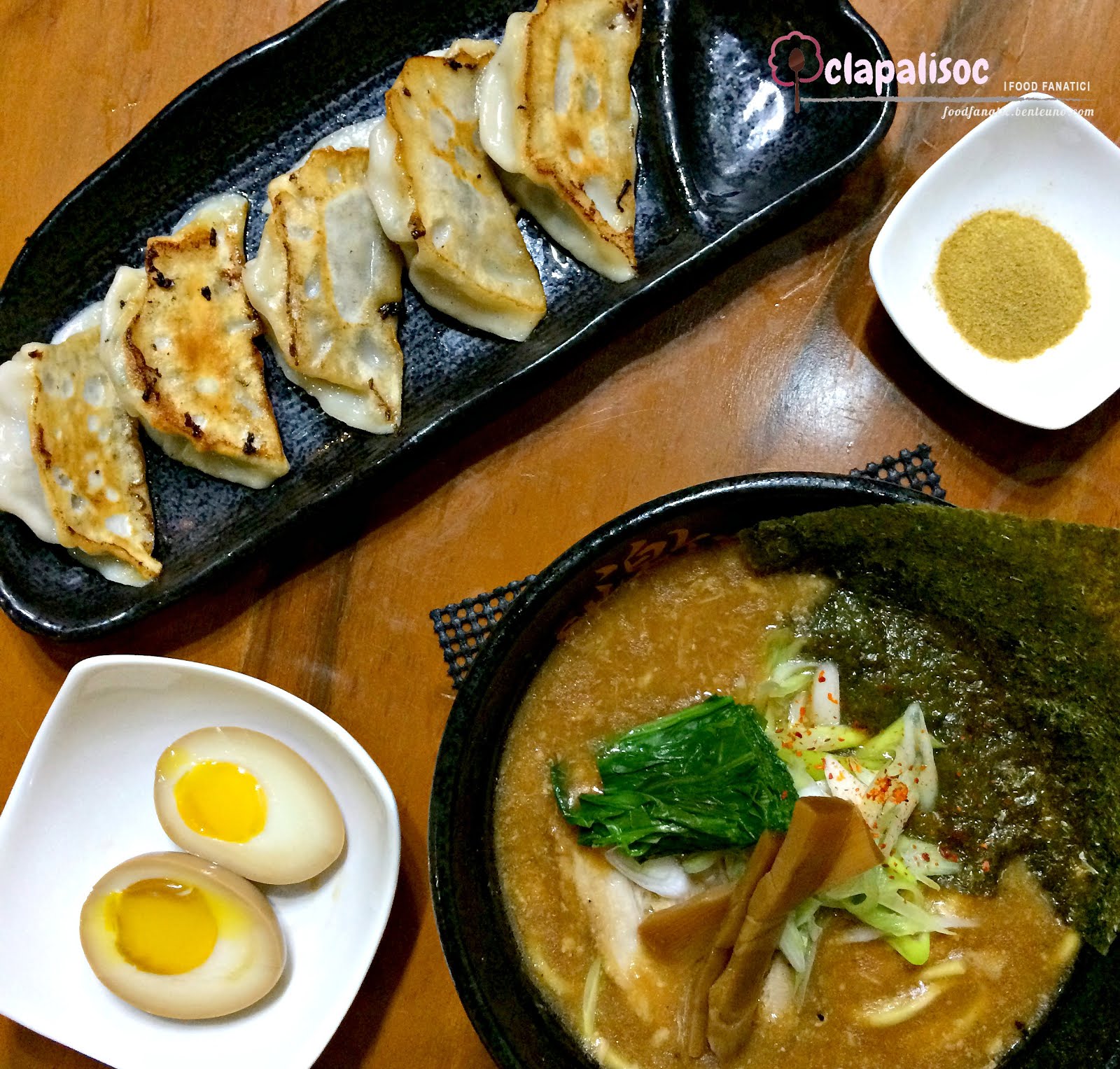 Sigekiya Ramen in Commerce Center is one of the newest players in the ramen category. They opened around second quarter of this year and they already have quite a following. The place wasn't that huge but just like other ramen joints, it had an open kitchen with a bar area where you can dine facing the kitchen. It has the usual flare of Japanese ornaments, umbrellas, lanterns and hanging paintings/calligraphy in cloth.


If your idea of a ramen is the one with the usual Tonkotsu broth, then, you have to re-align your expectations here. Sigekiya has it's own type of broth that's thicker and richer than the usual. Keeping the ingredients a secret, they took it straight from Sigekiya in Yokohoma Japan, which is a small ramen house that captured the heart (and taste buds) of Miguel, the person who brought this joint into our local market.


Sigekiya's Ramen Master, Mamoru Sugizaki, flew in and trained the local staff to ensure that the techniques in preparing the ingredients and cooking the ramen will be closer to home. According to Miguel, they import almost all ingredients from Japan to ensure authenticity, except of course the live produce.

Got the chance to sample what this place offers through an invite - Sigekiya Ramen x Zomato!


Unlike most ramen joints that will leave you with no choice but to order their ramen served with only one size, Sigekiya offers 3 sizes that will cater to all types of hunger - Small, Regular and Medium. They will also let you choose the spice level of your bowl ---

But if you are the extreme kind when it comes to the spiciness level of your food, you can ask them for additional spice - no extra cost until level 20 but the following applies if you wish to get more ---

Sigekiya Ramen is their signature and most recommended ramen so I opted to try this. I wasn't really sure how a thick ramen broth would fit my taste buds so I only got the small bowl with spiciness level 3. My ramen bowl came in piping hot with a strong aroma of the broth. I also asked for an extra Aji Tamago.


The broth was indeed thick! There was a strong meat flavor in the shoyu based broth with oil floating on top. The noddles were thick, good bite and held the broth well. Kinda reminded me of the lomi noodles, but these were thinner. The chashu slices were rather thin but I liked that they were super tender and had this characteristic smoked flavor.

If you do not prefer such a thick broth, you can opt for the "light" version. Miguel was also very open to suggestions and said that customers have been requesting for thinner noodles which they are already looking into.

We also got to try their Tsukemen and Miguel recommended the Gyokai version. Served with a piping hot bowl of dipping sauce and thick cold noodles on the side, the strong aroma of the sauce lingered! The dipping sauce was thick and had a very strong fish flavor. It can be a bit overwhelming. Once you dip the noodles, the sauce will coat them nicely.

Aside from the noodles, we also got to try their Gyoza, Chicken Karaage, Tempura and Okonomiyaki.

Deep-fried to crunchy perfection, it was amazing that the shrimps remained juicy! Most restaurants overdo the shrimps but Sigekiya was able to deep-fry these perfectly!

The chicken cuts were bigger than usual making it hard to eat them. They're more of the "ulam size" rather than bite size. Though the chicken meat was tender, the coating had too much salt and was rather oily. The sweet-chili sauce didn't  sit well with the chicken. Maybe a simple lemon pepper dip or something that's mayo-based will do.

Yushoken's gyoza is my ultimate favorite and I believe they have one of the best in the Metro. I'm so happy to report that Sigekiya's version was as good! The signature toasted bottom, freshly made, tasty filling - Sigekiya's Gyoza even had soup inside each dumpling, more like that of a xiao lang bao. Good job!

I swear by  Dohtonbori's Okonomiyaki that's why it's very hard for me to get pleased by other restaurants' versions. Most times, when a Japanese restaurant specializes in, say ramen, they don't do well with their Okonomiyaki or any other Japanese food. Like if a Japanese restaurant specializes in Sushi and they also offer ramen, more likely it's going to be a crappy bowl. That's why I was a little skeptical with Sigekiya's Okonomiyaki. Surprisingly, I liked it! It didn't have any odd taste, just the right softness and mushyness and with the right marriage of flavors - meaty, salty and a little sweet. Not bad at all!


They don't have dessert options, btw, but they give out free frozen jellyace at the end of each meal! Not a big thing but hey! Still free LOL

Overall, it was a pleasant visit. Sir Miguel was very accommodating and very open to feedback as well. He takes customer satisfaction seriously and would not hesitate to adjust if needed. I hope they'll expand soon to reach more people in the Metro.

4 out of 5 Stars for Sigekiya Ramen!