Pablo Cheese Tart teased Filipinos about it's opening date for more than a year. The first time I saw it's tarp in Rob Place Manila was back in 2014 and I thought that it'll open in a couple of months. But I was wrong! Two years later, Pablo has FINALLY opened it's first branch in the Philippines! Located in Robinson's Place Manila, my favorite mall, G/F Pedro Gil wing.


We were in Robinson's Place Manila on Sunday, just four days after the grand opening. I have seen news of long lines, cut-off times and even one tart per person policy. When we  got there, the line was indeed crazy long!

You need to queue for about an hour, get transferred to the final line and wait for another good 10 minutes then buy your tart plus extras like biscuits, pudding, drinks or soft-serve ice cream if you wish. If you think that's the end of it, wait until the cashier asks you if you are willing to wait for an hour before you can get your order because they have a long queue to fill-up! Are you going to wait for another hour? lol

Pablo has an open kitchen. It will let you see how your Cheese Tart is made. It was such an entertaining view while you wait on queue. 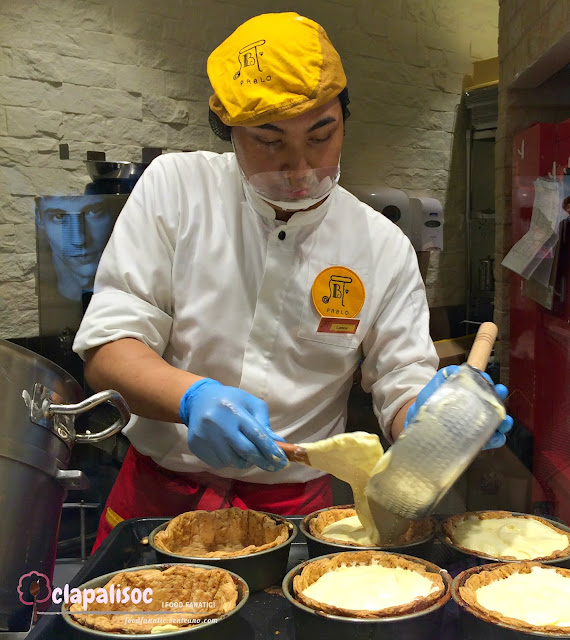 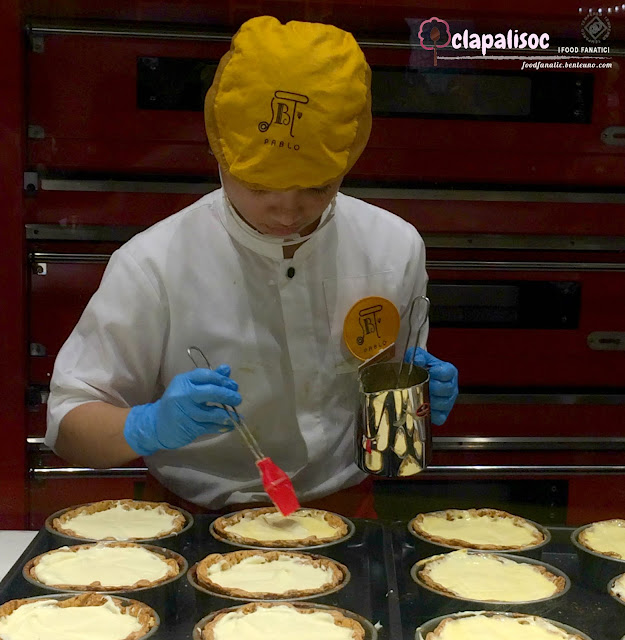 Egg wash before baking to give that nice golden brown finish 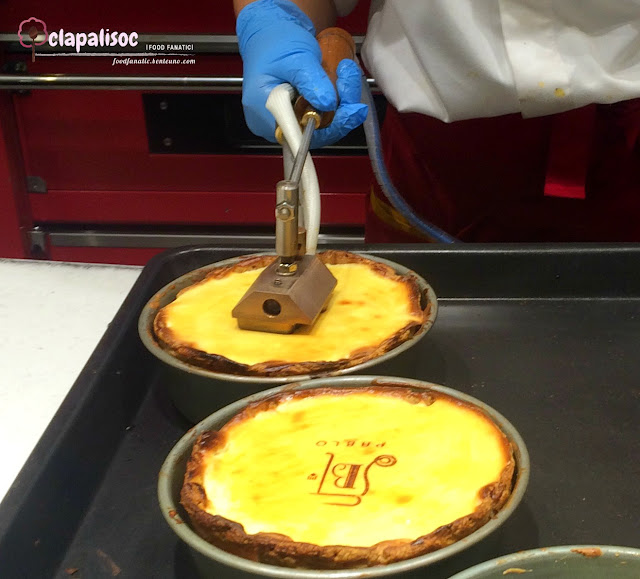 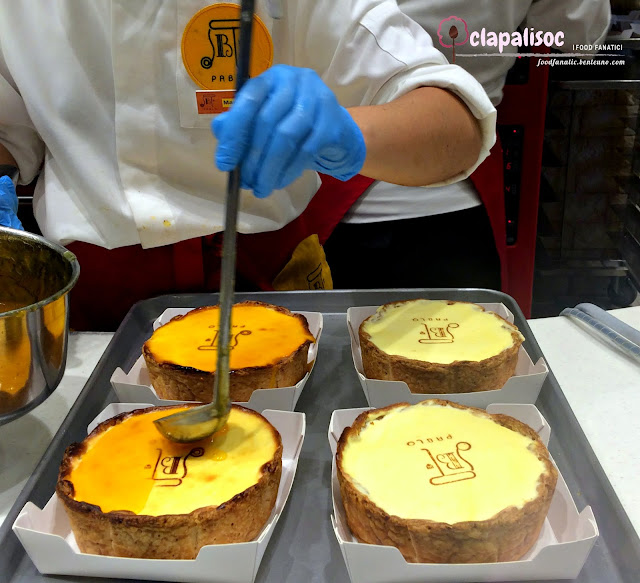 
I was planning to get the Cheese Tart, the Matcha Cheese Tart and the Premium Cheese Tart but when we went, it was around 5-6PM then, they only had the Cheese Tart available! I was also eyeing their Cheese and Matcha Soft-Serve Ice Cream but it was sold out as well. So, I settled for the following --

I've read countless times that in Japan, these Cheese Tarts come in two "doneness" - rare (gooey and creamy) and medium (a firmer version) - but here, they're only serving medium.


The Cheese Tart smelled incredible and will perk up your curiosity when you pass by the store. When I got mine, I opened the box right away and was so giddy to try the "BEST CHEESE TART IN THE WORLD!" I took a slice and watched as the cheese broke free from the firm but soft crust! It looked so creamy, gooey and cheesy. It was wobbly and fluid but it didn't really spill into a mess like when you cut a molten lava cake.


Verdict? It was good though it wasn't how I expected it to be. I was looking for a cheesy sharpness, and velvety texture. It was more custard-y to me than cheesy. It was also airy and instead of getting a velvety smooth texture, the cheese part was rather bubbly. The tart was also glazed with what seemed like a ripe mango glaze (according to my Pinoy taste buds) but when I researched, I found out that it was Apricot.


If there is one thing that I loved about this tart, it was the crust. Instead of the usual tart crust, Pablo Cheese Tart had a flaky, buttery puff pastry as it's crust. It was crispy and held it's filling well and I loved how it's texture created a contrast to the rather very soft cheese filling.


Since I wasn't able to score the Matcha and Premium Cheese Tarts, I settled for the Sabrels. I got the Matcha and Black Truffle. They're super expensive and I don't see myself buying these again! Nine small cookies for 499Php, dunk a whole cookie into your mouth and you're done! If you're wondering what these cookies are, they're Langue de Chat also known as Lengua de Gato locally or you can also call them Cheese Short breads... The thinness, the texture, the crisp, the taste - yep, expensive Lengua de Gato. 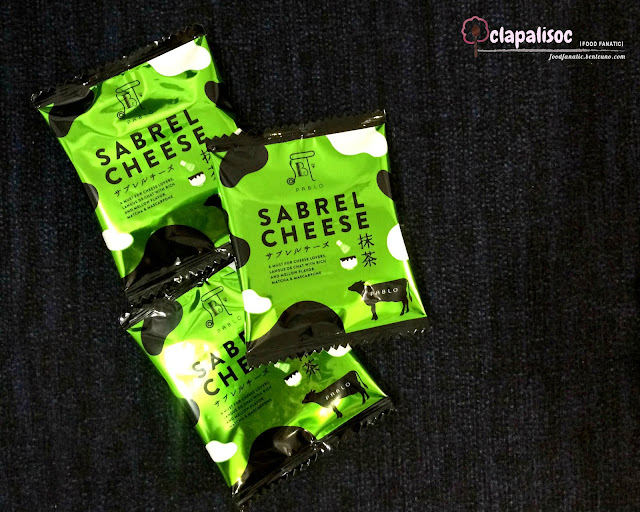 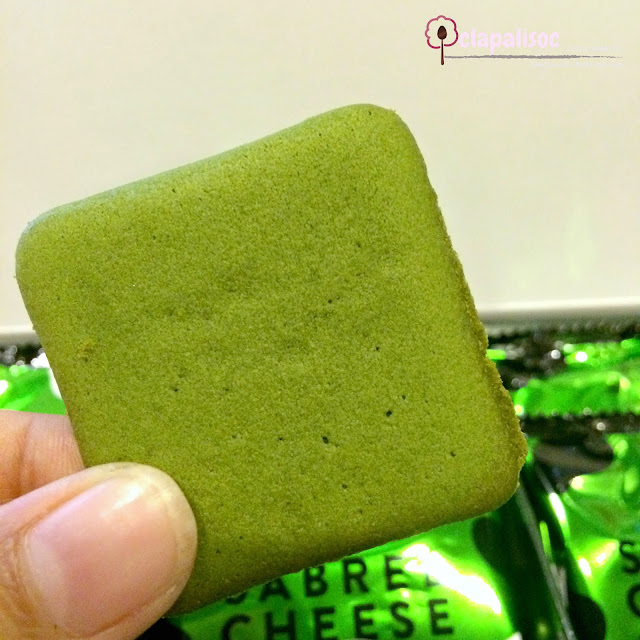 The cookie thins were infused with matcha then filled with creamy Mascarpone with a strong Matcha kick. 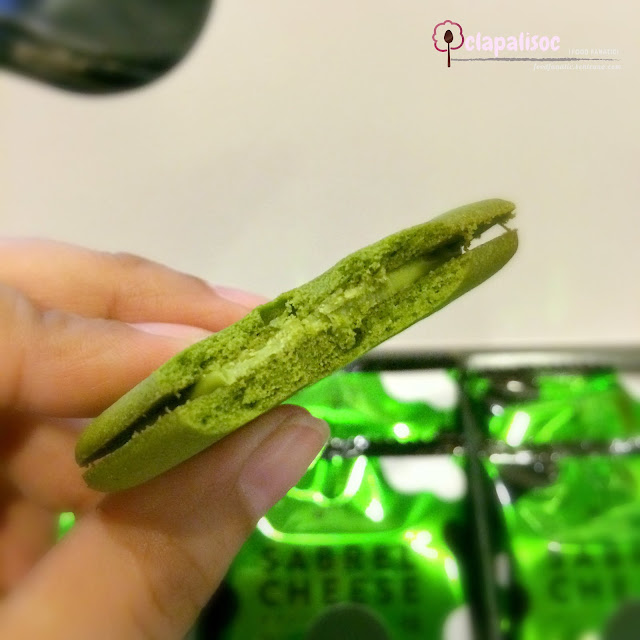 The earthy flavor, the bitterness of Matcha and the overall sweetness - I would have bought a lot if it wasn't too expensive! 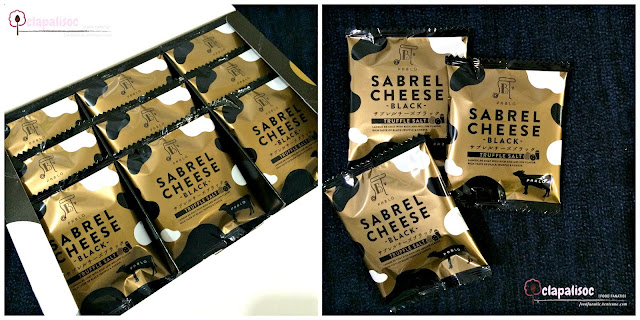 If I loved the Matcha Sabrels, hubby loved these black ones. 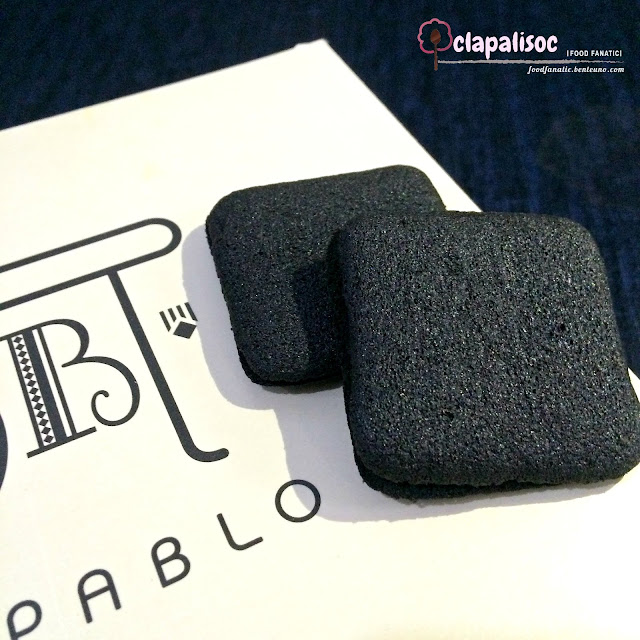 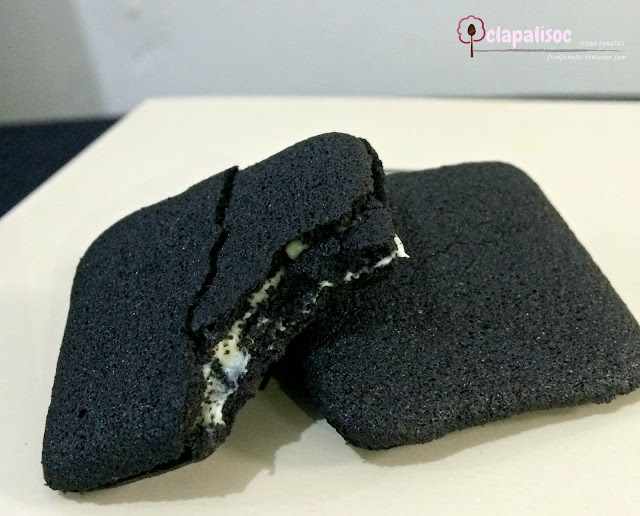 The marriage of the black truffle with the salt and creamy cheese was amazing! Totally unique and honestly, I haven't had anything like it before!


Then the Pudding. This is the most affordable item in their menu, aside from the soft-serve ice cream. Their pudding comes in round plastic container inside a box with two packets (one for the caramel sauce and one for the caramel crunch) and a plastic spoon.


The pudding was wobbly like a jello. It was pretty good. Not too sweet, smooth and a nice lemon touch. The caramel sauce was sweet and had a bitter after taste. Same goes for the crunch which gave a good contrast in terms of texture to the pudding.

If you're eyeing on the Chocolate Cheese Tart, I'm sorry to report that they're not making it daily yet and they also have a limited production of the Matcha Cheese Tart and the Premium Cheese Tart so better line up early, as in mall opening early.


Not keen on going back yet. Maybe when they've finally opened their BGC Branch, I will go and try the Matcha and Premium Cheese Tarts. Also hoping that they'll work on the Cheese Tart to make it well worth the price tag.

4 out of 5 Stars for Pablo Cheese Tart!