Went to Poblacion, Makati on a fine Saturday for a #PoblacionFoodCrawl with fellow foodies. We were not supposed to go to The Smokeyard but since we were early, most of those in our list were still closed. So, for our fourth stop, we decided to give this place a shot. 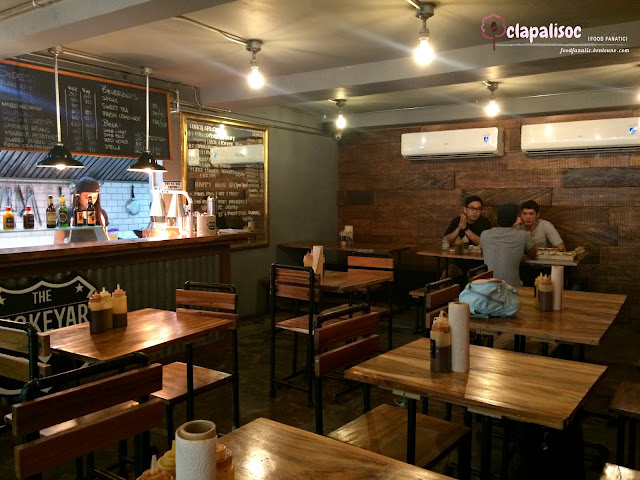 1) Restaurant was spacious with manly interiors - a mix of wood, unfinished walls, metal and tiles. 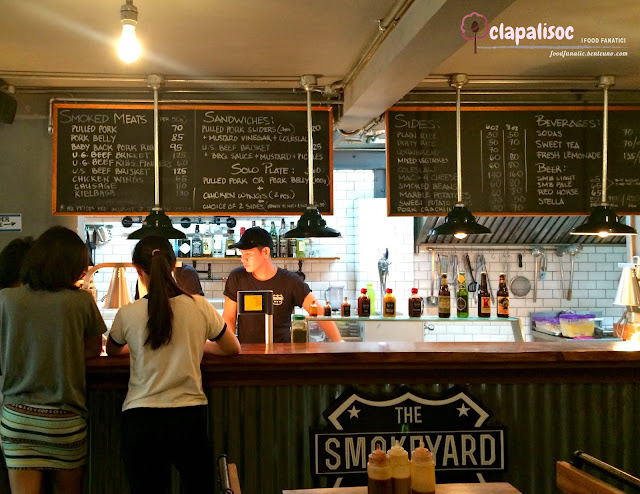 2) Open kitchen and you'll get to choose how much meat you want or can afford plus they'll ask how much fat you want with your meat. 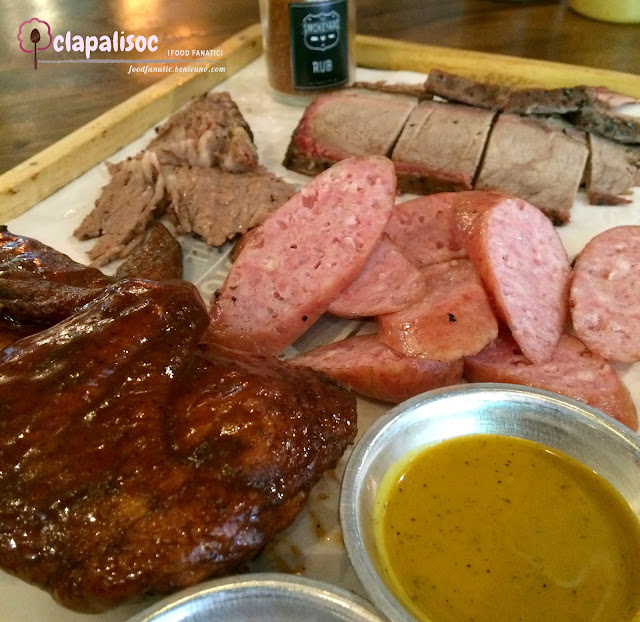 3) Their sausage was really good - a mix of beef and pork.

>>> One of their servers, a gal, was so BITCHY! Too much attitude used in the wrong way, made faces as soon as we turned our backs and I caught her do this TWICE!

>>> AND no one was smiling like the whole time!!! Come on you guys, love what you do! LOL

- Poor ventilation which will make you want to stay in their open air area unless you want to suffocate yourself and/or smell like smoked meat.


- Expensive food! They will charge you according to the weight of the meat you chose by increments of 50g... look at one of the pics with the menu board - 110Php per 50g of sausage which was about 3-4 thin slices, 65php per 50g of chicken wing and each wing weighs more than 100g so IMAGINE PAYING FOR A PIECE OF CHICKEN FOR at least 130PHP!!!! Insane!

- Expensive food is okay as long as it's really yummy, like Your Local Torched Salmon Donburi yummy, but if not you'll feel liked you've been robbed and that's exactly how we felt when we paid around 1300Php for our meat platter and sliders.

>>> The sausage was the only thing good but come on they didn't even cook that!


>>> The Pulled Pork sliders were meh so if ever don't order these or better yet DO NOT GO TO THIS PLACE AT ALL!!! Pulled pork tasted like the meat has been sitting there for hours - mushy with bitter after taste. Not even their sauces made it taste decent. Buns used were ordinary.


>>> The Beef Brisket slices were bland, even the slices with fat were bland and you literally have to drown these with their sauces for consolation

- Poor, wait that's actually BAD, customer service! The people who prepared our food didn't seem like they wanted what they were doing or maybe they think we don't have money to buy.

>>>The owner was there and told us to eat the brisket right away coz it'll get dry right away and when he looked at the platter he told us that it's actually dry already. He did this in a not so polite or good way.

There there... Don't tell me I didn't warn you!

1 out of 5 Stars for The Smokeyard!